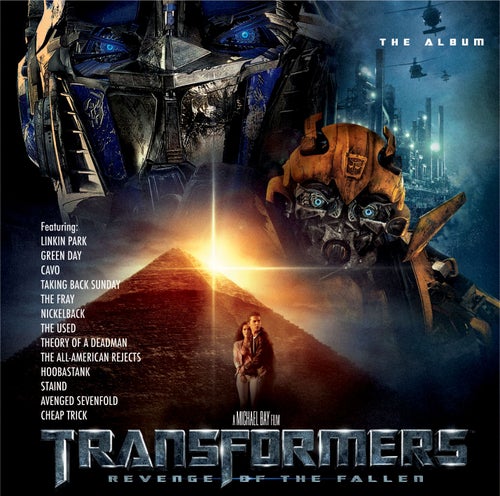 Transformers: Revenge Of The Fallen The Album

Transformers: Revenge Of The Fallen The Album

Écouter sur Napster
Nouveautés: Jun 2009
Label: Reprise
Like the franchise itself, the folks who put together the soundtrack for 2009's Transformers: Revenge of the Fallen manage to provide a product that, despite mainstream intentions, fully delivers. One can't complain when the roster includes Green Day, Nickelback, the Fray, Theory of a Deadman, Staind and Cheap Trick. Lead single "New Divide" is Linkin Park's best offering in years, and the Used's Talking Heads cover, "Burning Down the House," sounds great with 40-foot robots tossing semis at each other in the foreground. No surprise, the Cheap Trick song rules.
Mike McGuirk