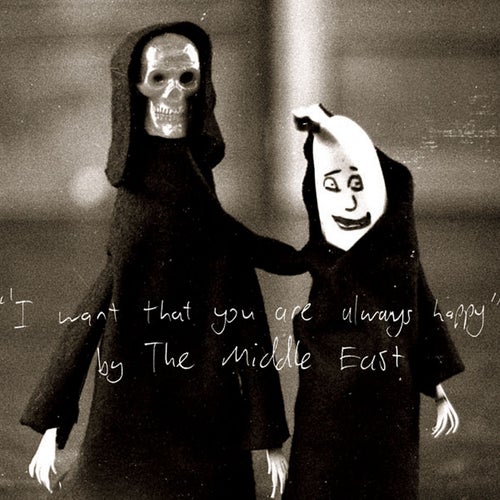 I Want That You Are Always Happy

I Want That You Are Always Happy

Écouter sur Napster
Nouveautés: Jul 2011
Label: Play It Again Sam
Aussie collective The Middle East traverse a gothic underworld of folk-tinged post-rock. An acoustic guitar is dolefully plucked, a piano wearily played, as a male voice ekes out cryptic lyrics like they're his last. And that's only the beginning. A few tracks, like "Jesus Came to My Birthday Party," flirt with buoyancy, but the mood mostly lurks in the doldrums with the aid of lush guitar, strings, piano and the occasional lonely sax ("Mount Morgan"). It all gets pretty heavy, especially when you get to the 10-minute "Deep Water," but overall, it's an ambitious and promising debut.
Stephanie Benson Écouter
The Recordings of The Middle East